Danger of domestic dogs on K’gari

Domestic dogs are prohibited on the island. 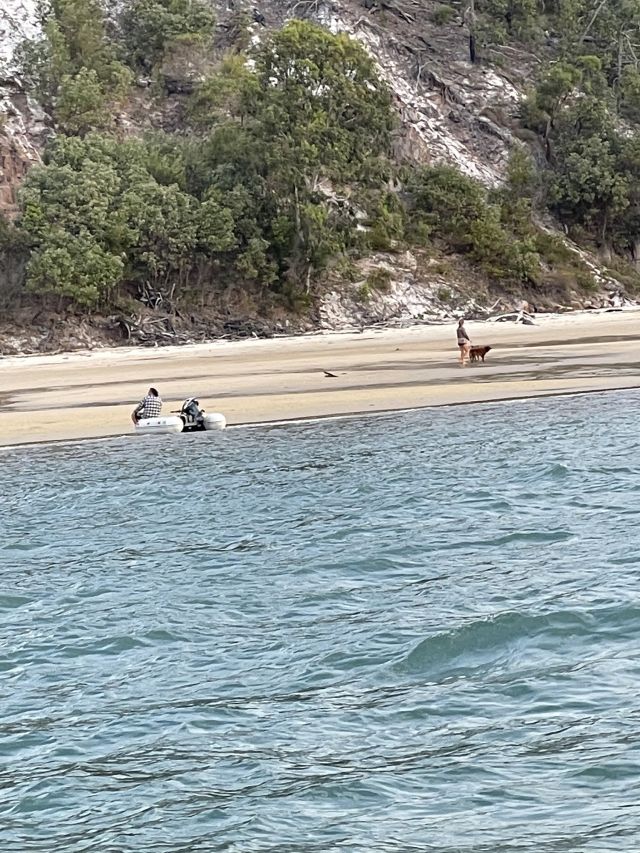 Domestic dogs can transmit diseases to the wongari population.

Two people who moored their yacht in the waters off K’gari (Fraser Island) face fines after a woman exercised two pet dogs on the beach.

Responsible ranger Linda Behrendorff said domestic dogs had been banned on the island by the Queensland Parks and Wildlife Service since 1991.

“Domestic dogs are incompatible with the natural values ​​of K’gari and K’gari wongari are among the purest in Australia.

“Queensland Parks and Wildlife Service and Butchulla Aboriginal Corporation rangers take a zero-tolerance approach to people who break the rules.

“Although the woman kept these dogs on a leash while they exercised on the beach, she will be fined when she can be identified.

“Rangers have reviewed photos of the boat, but cannot find a registration, and we are asking for the public’s assistance in helping identify those on the boat.

“Domestic dogs carry diseases or viruses, including heartworm or Parvo virus, which could become a problem if passed from a domestic dog to the wongari population.

“The presence of domestic dogs on the island may also cause wongari stress and could lead to negative interaction between wongari, dogs or their owners.

“If domestic dogs broke the leash, they could get lost while exploring, which could make them vulnerable to wongari.

Ms Behrendorff said certified support dogs are the only dogs allowed in national parks and must wear an identifying coat or harness, approved badge or tag, be on a leash and owners must have the authorized documents.

“Pets have no place in national parks and people should check our website before planning their trips,” she said.

/Public release. This material from the original organization/authors may be ad hoc in nature, edited for clarity, style and length. The views and opinions expressed are those of the author or authors.View Full here.